Gardening in Late-June to Early-July 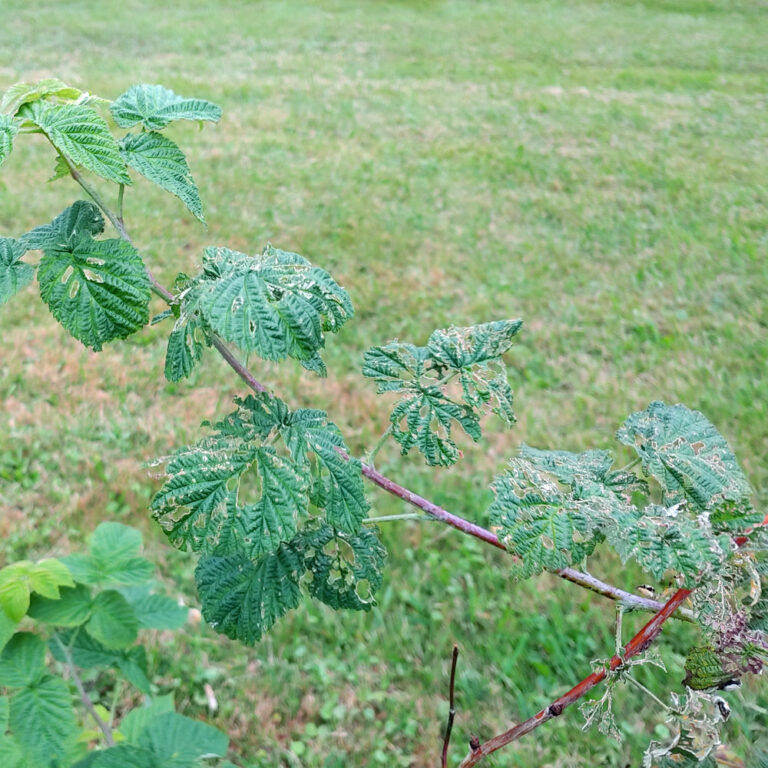 We often feel a rush and flurry to plant by June 1st or even June 15th.

But, did you know that as late as July 10th around here, you still have time left to plant a row of beans in a sunny spot and enjoy the fruits this season?

And, certainly, fast-starter greens like kale, lettuce, chard, and spinach will sprout and grow in the shade of tomato plants during our hot summer days. Just keep everything very well-watered!

What else is happening in the garden?

Early July is when we start to see Japanese beetle and Asian beetle damage. 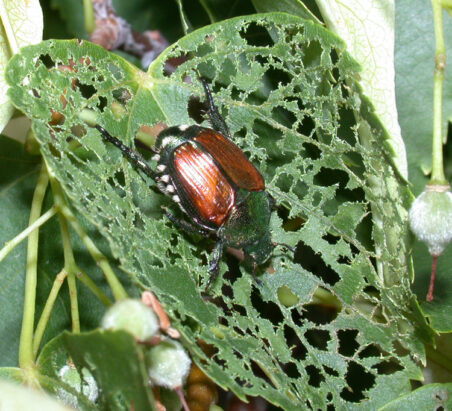 Japanese beetles (unique in armor of iridescent copper and green) will skeletonize foliage, leaving a lacy leaf ‘doily’ that is not so attractive. Beetles may start in the center of flower buds and eat their way out! These bold pests can defoliate your plants in broad daylight. Asiatic Garden Beetles feed mostly at night chewing irregular holes in the blossoms and foliage of host plants. Asiatic Garden Beetle damage is especially prevalent around the leaf margins.

Pick them off: Japanese beetles are slow. You can easily pick them off plants with your hands and toss them into a bucket of soapy water. Do it in the morning or evening when the beetles are less alert. Note they often drop or leap down when startled off a leaf. Hold your soapy water below where you are picking and you’ll catch a few more.

Prevent and you will be better off next year. In August through September, apply the bacteria known as Milky Spore, which infects the grubs as they start to feed at the roots of grass. It takes a year or so to get established in your soil, but it keeps working for 10 years or more.

Trap: A beetle trap is recommended only if you have a large yard, and can place the trap away from your garden. If you have a small yard, you’ll just be inviting all the neighborhood beetles to your house. If you use a trap, put it out for a day or two at a time every couple of weeks.

You aren’t likely to see the Asiatic Garden Beetle on your plants, but to confirm, visit your garden at night and shine a bright light down onto the soil. Adult beetles will be attracted by the light.

Prevent overwintering of the beetle by cleaning up the fall garden, tilling under or composting all weeds and plant debris.  Scattered at different soil depths and feeding on the roots of almost all plants, Asiatic Garden Beetle larvae are not as destructive to turf and lawns as Japanese beetle grubs.

Before using any pesticide, read the label and follow all precautions!

Take advantage of sales during August and you can fix a few problem areas in the garden while you can still enjoy the results. Here…

What to Plant When – Or is it too late? Our common heavy snows in March, cold Aprils and suddenly mild Mays, make spring vegetable…

Late Summer Landscape Tips Thanks for these tips goes to the UMass Extension Garden Calendar!! Lawn A lawn is really thousands if not millions of…

The garden is waking up, and you're in charge! It's time to start planting, pruning, and preparing your flower beds.

Have you got a question for the experts? Search our repository of answers to the questions most asked by our customers.

Save More In Store

Ward’s Garden Rewards is a FREE Club for gardeners who want to earn points whenever they shop, all year long. Points are redeemable for dollars off future purchases during multiple redemption periods each year.  You’ll receive our newsletter in your email, too!

Get Tips, Inspiration and News

If you want to know more about gardening in the Berkshires, subscribe to our email newsletter.  We mail about once a month with tips and news as well as updates on what’s in-store and on sale.  You can easily unsubscribe through the footer of any email.

NEW! Search by plant name or characteristics, build lists, and print out info.

Browse our list of recommended gardeners, designers, and landscapers in the area.